A downloadable game for Windows and macOS

Curling is a sport in which players slide stones on a sheet of ice towards a target area which is segmented into four concentric circles. It is related to bowls, boules and shuffleboard. Two teams, take turns sliding heavy, polished granite stones, also called rocks, across the ice curling sheet towards the house, a circular target marked on the ice.

Each team has eight stones in official rules but in Curling Online we limits at 4 stones per team for accelerated gameplay). The purpose is to gain the highest score for a game; points are scored for the stones resting closest to the centre of the house at the conclusion of each end, which is completed when both teams have thrown all of their stones.

Whether you are a curling fan or you want to discover a new sport game, you enjoy playing Curling On Line

This Curling Game has been designed to be as close as possible to reality while providing best gameplay.

With this game, you'll be able to:

Many different types of shots are used to carefully place stones for strategic or tactical reasons; fall into three fundamental categories as follows:

Guards are thrown in front of the house in the free guard zone, usually to protect the shot-rock (the stone closest to the button at the time) or to make the opposing team's shot difficult. Guard shots include the centre-guard, on the centreline and the corner-guards to the left or right sides of the centre line. See Free Guard Zone below.

Draws are thrown only to reach the house. Draw shots include raise and angle-raise, come-around, and freeze shots.

Takeouts are intended to remove stones from play and include the peel, hit-and-roll and double shots.

Stones in the free guard zone (stones left in the area between the hog and tee lines, excluding the house) may not be removed by an opponent's stone, although they can be moved as long as they are not taken out of play. These are known as guard rocks. If a guard rock is removed under this rule, it is placed back in the positions it was in before the shot was thrown, and the opponent's stone is removed from play and cannot be replayed. This rule is known as the five-rock rule or the free guard zone rule

In order to download this game you must purchase it at or above the minimum price of $4.99 USD. You will get access to the following files: 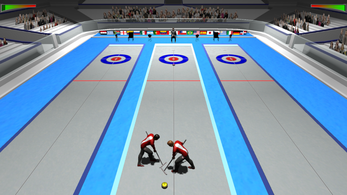 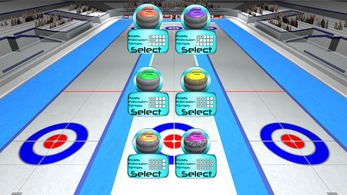 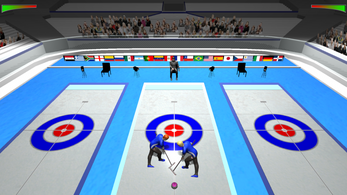 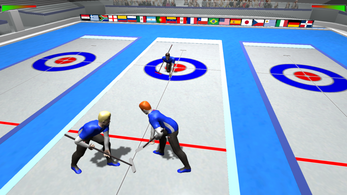